I’ve always thought that trasparence was something really special. It was at the time, while living in Bucharest, that I saw some “Icons” painted on glass for the first time. When I looked at them, I felt taht the colours seemed more brilliant than a surface of cotton or linen canvas. The artist applies a special technology to execute this kind of picture: he places different layers beginning with the darkest working to the brightest colours which will remain on the first plane. There are also some vivid gold scenes taht overshadows all others in the surface. The effects that the artist gains are very interesting, but suddenly, a question springs to mind: why cover all this support with colour “deleting” trasparence? Why not let a glance pass trough thus involving the person who is looking at it? I was sure that further study would prove to be more interesting. Then I started looking for something in that direction.

At first I dilated the weft on my material. I then used a metallic weft on which I “painted” my drowing; I employed different materials to get the same effects of traditional painting, adding small fragments of ancient texture, taken out of garnments, laces, crystals (I mean: we have to conserve all that is ancient because it represents tradition, our roots). The choice of the material is very important to me, I have to harmonise the old with the new because I need to look at the future too. Then I found an ancient golden frame for my new weft, thus the connection between past and present became quite clear. In this way it is possible not only to pass trough the paiting and look into the past (a journey trough the past like an historical talk), but also to come back, and to fluctuate between the present and the future. Have you ever seen the “vitreaux” of a gothic cathedral? When you are inside, you dive into the past, but if you look at these “vitreaux” you can see the future too. Discoverin a new material, transparent as glass, but rather less fragile “the Plexiglas”, I later tried to paint directly on its surface, using difference pigments, glass-window colours (rather than acrylic colours), links, glazed-ceramic colours, sometime adding gold (reminiscent of the icons), old fragments and new too, to harmonise together. All these materials have or conserve trasparency and luminosity, just the same effects of the icons or the “vitreaux”. At last I felt that I had to move this surface because it was too flat. I started to turn it over. I bend it or blow some portions or sections of this surface, like whorls, so that it became like a “bas relief” on which I painted. The result of my quest is at last the creation of what I called “transparent picto sculputure”. These picto-sculptures can be hung up on the wall, well lighted, or falling dawn from the ceiling like flyng-kites. The light has to shine through, because the colours in capturing this light, change all the time of intensity and the picto-sculptures remains alive over time with a different charm. The paiting so adamantly created are equally full of symbolism and meaning. 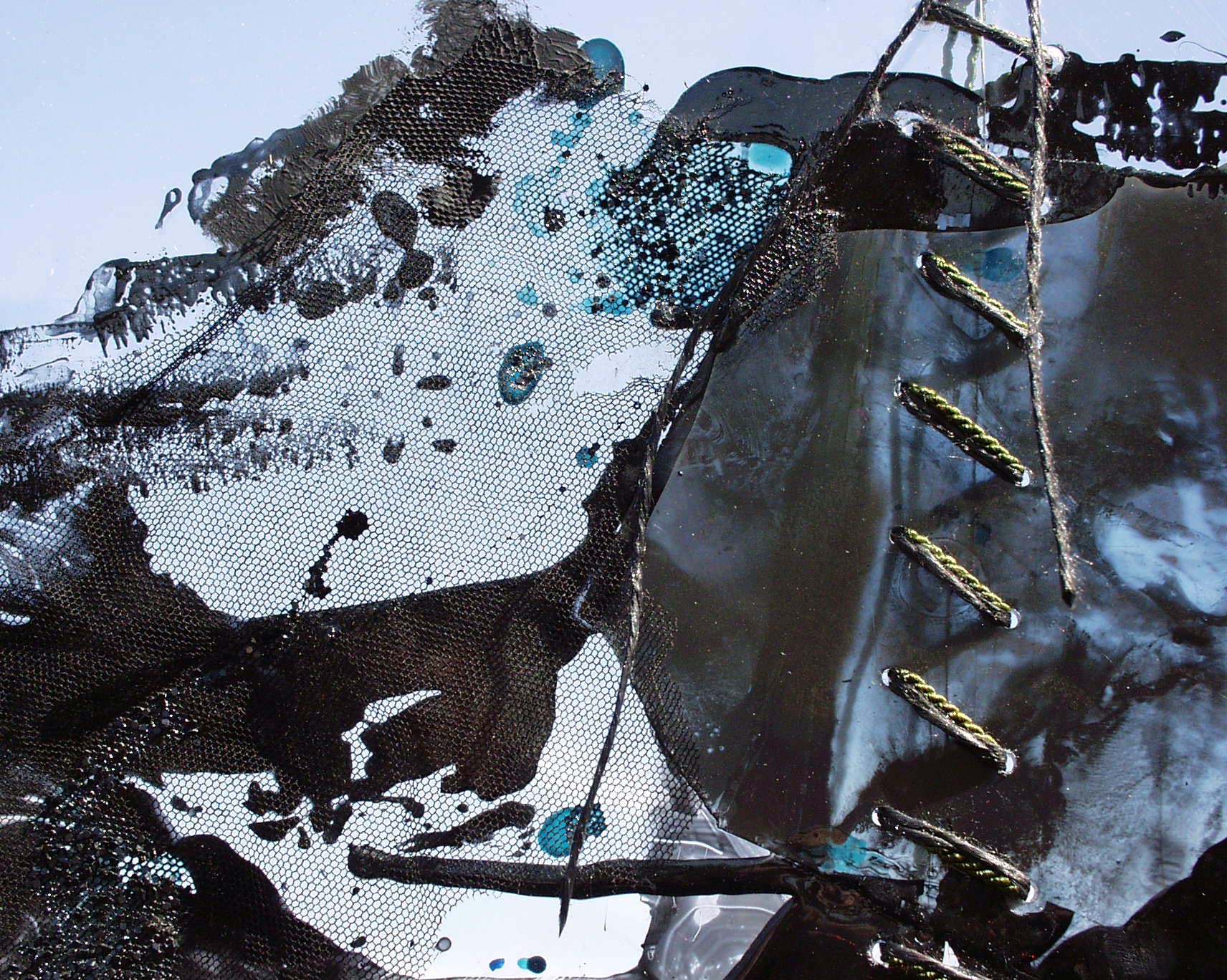 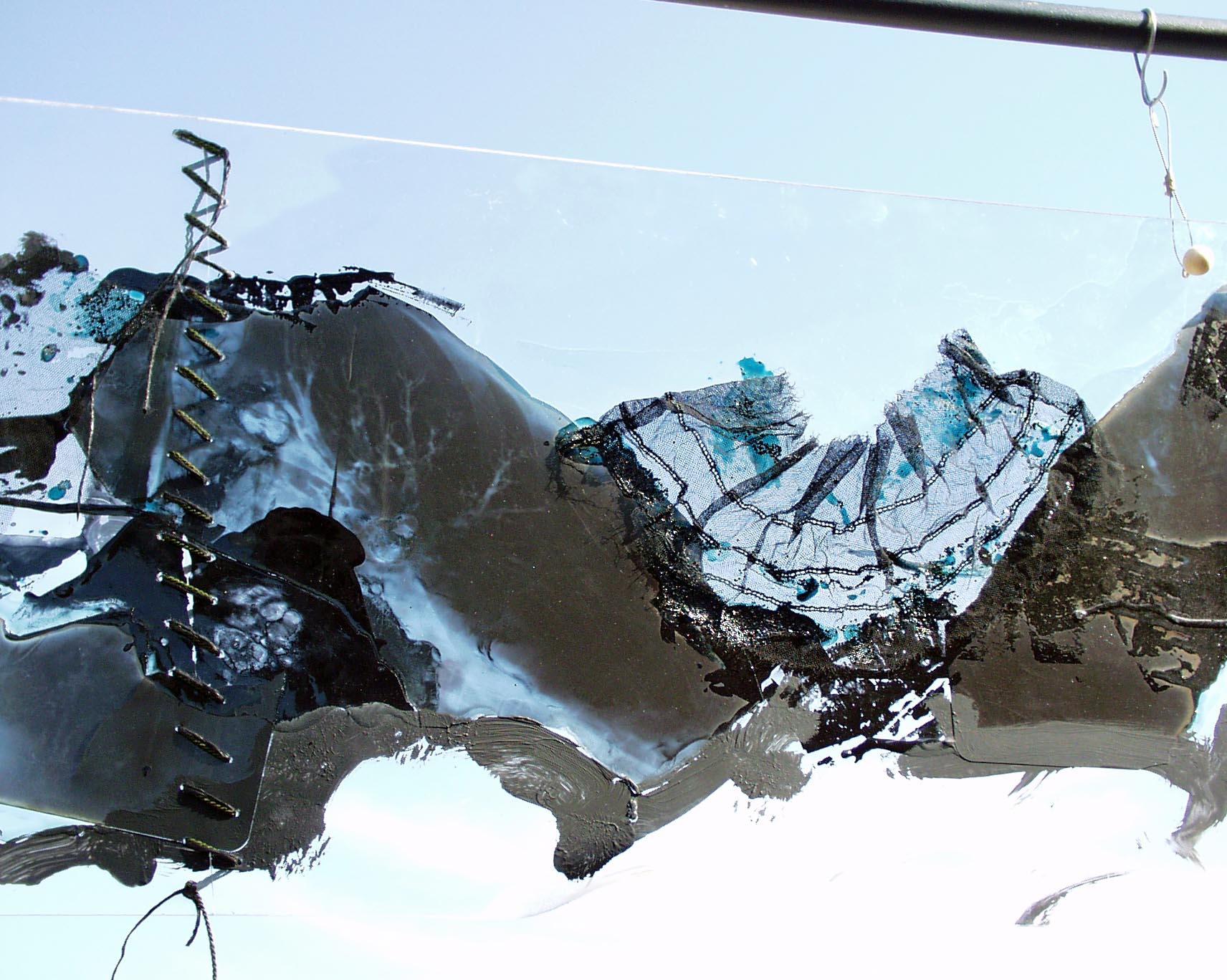 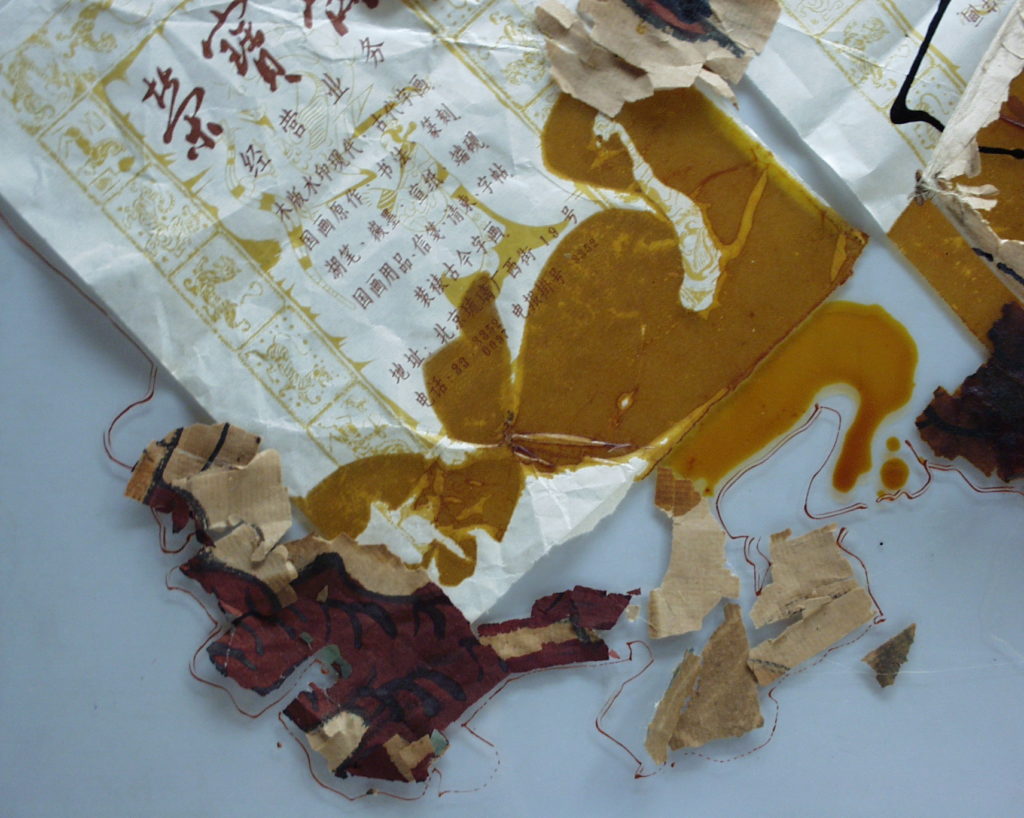 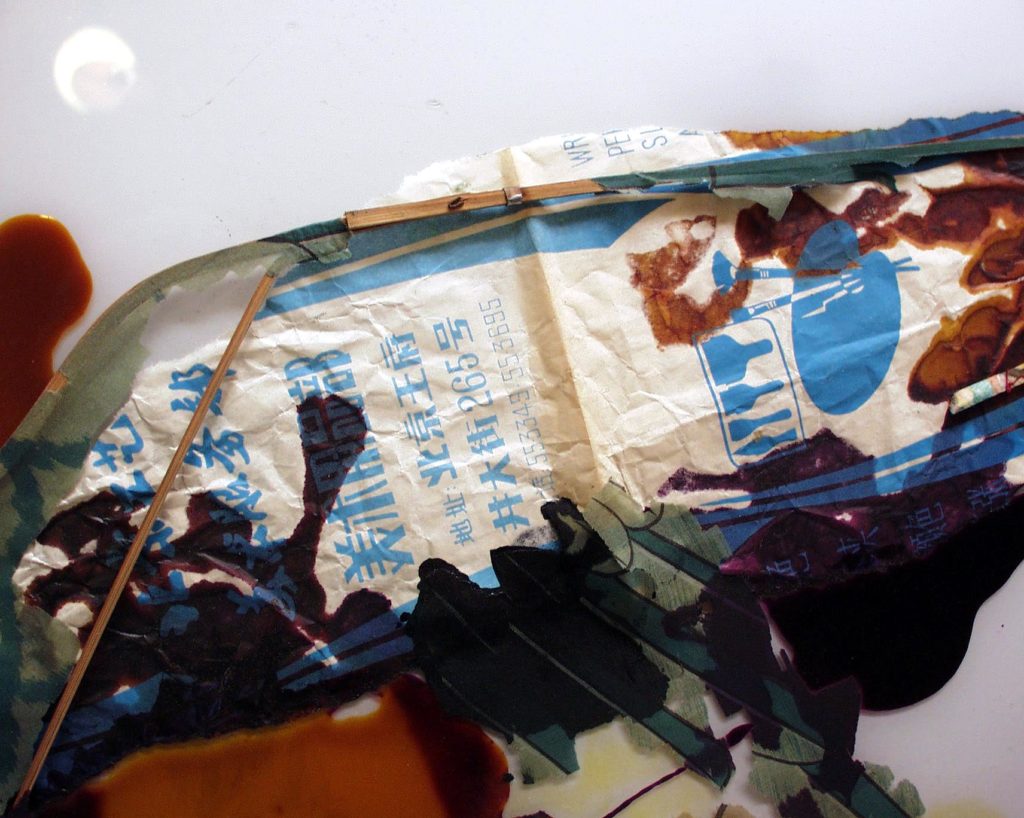 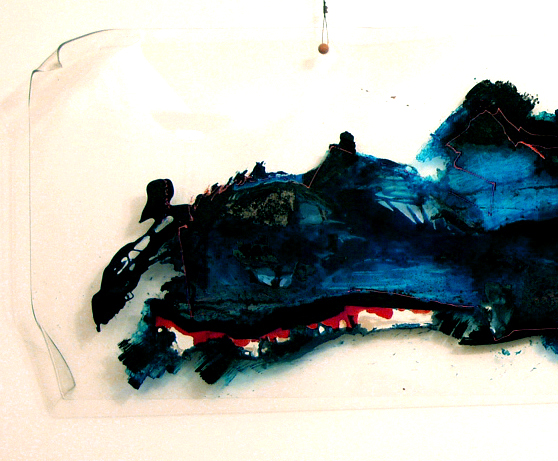 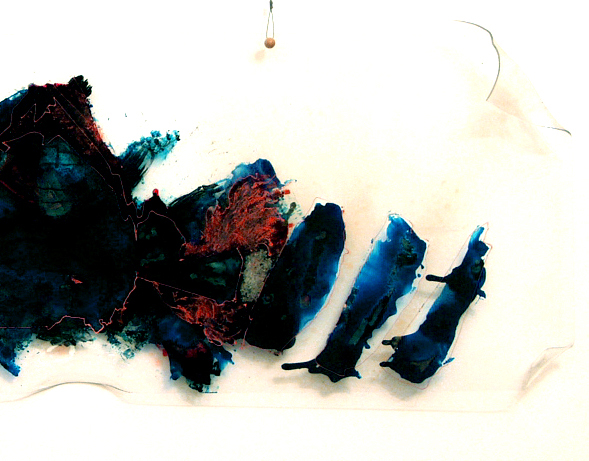 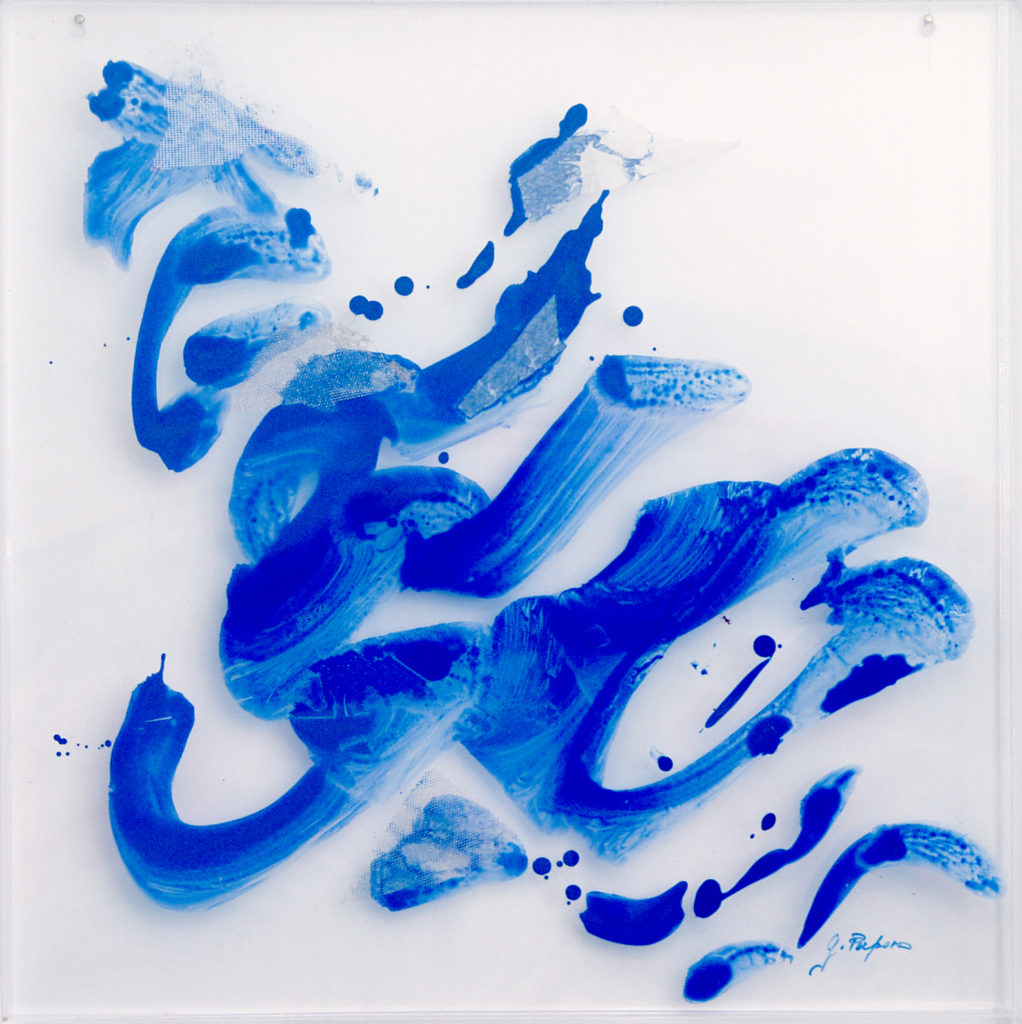 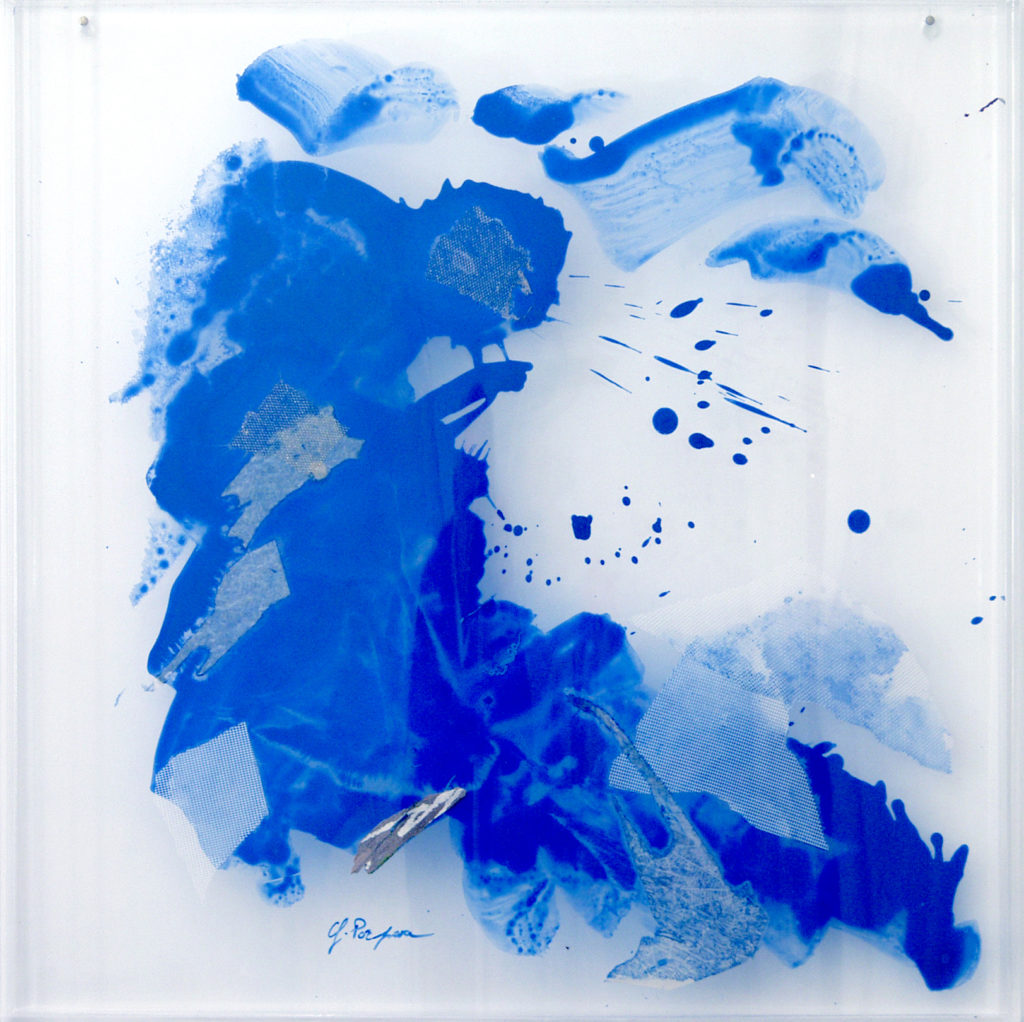 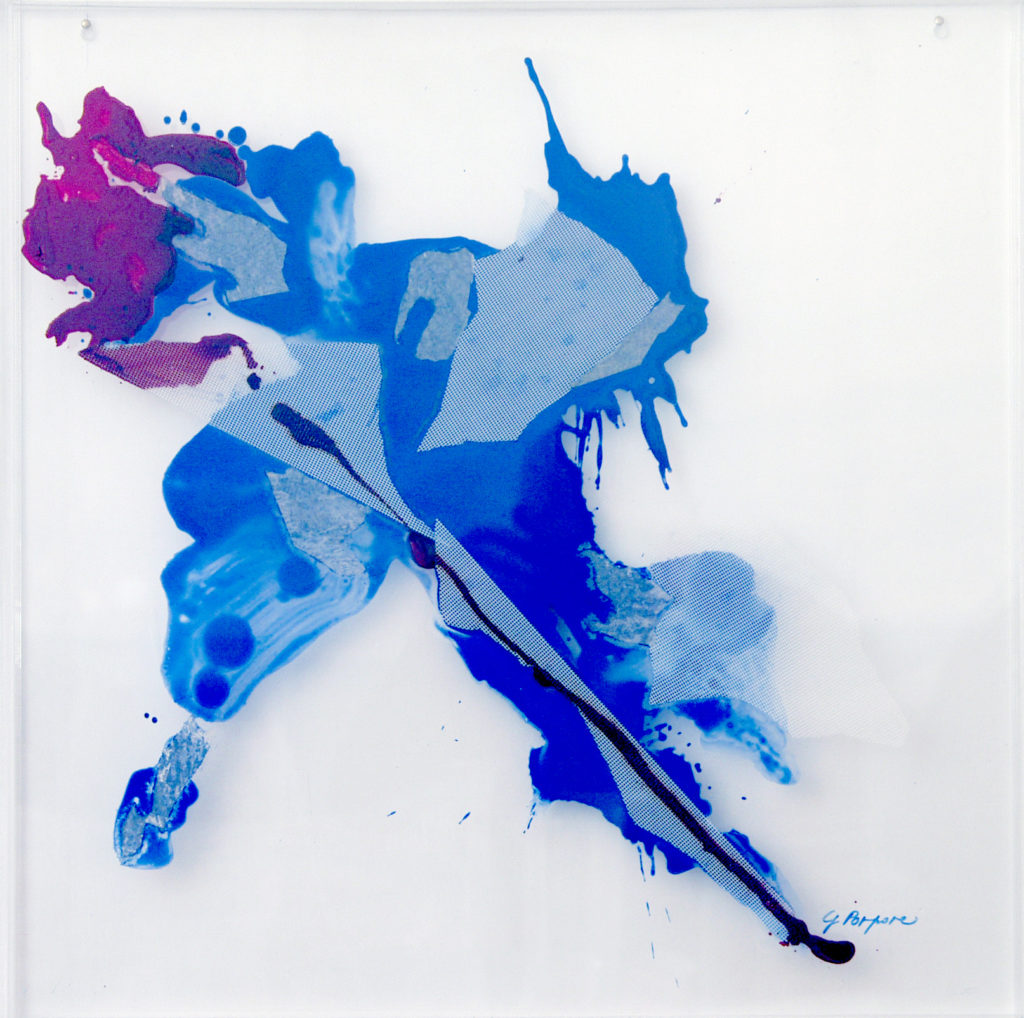 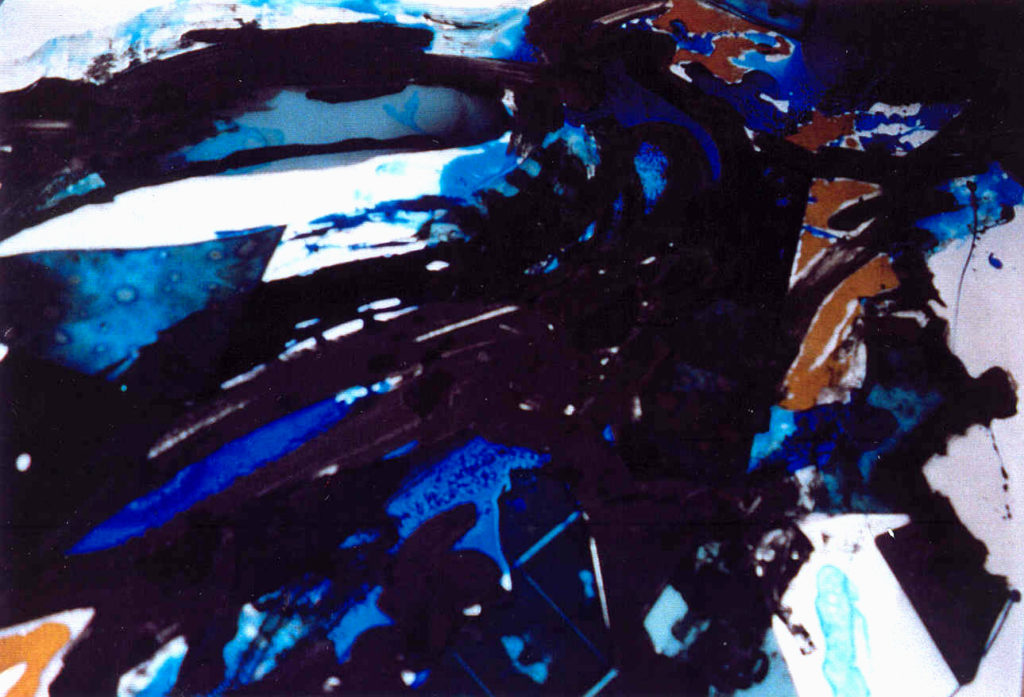 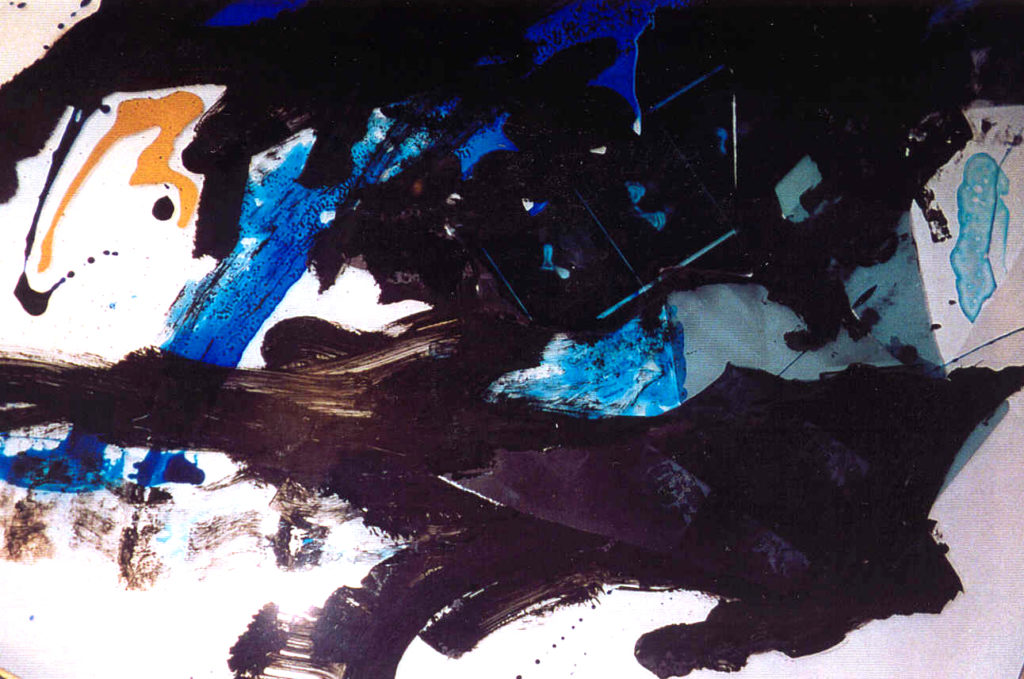 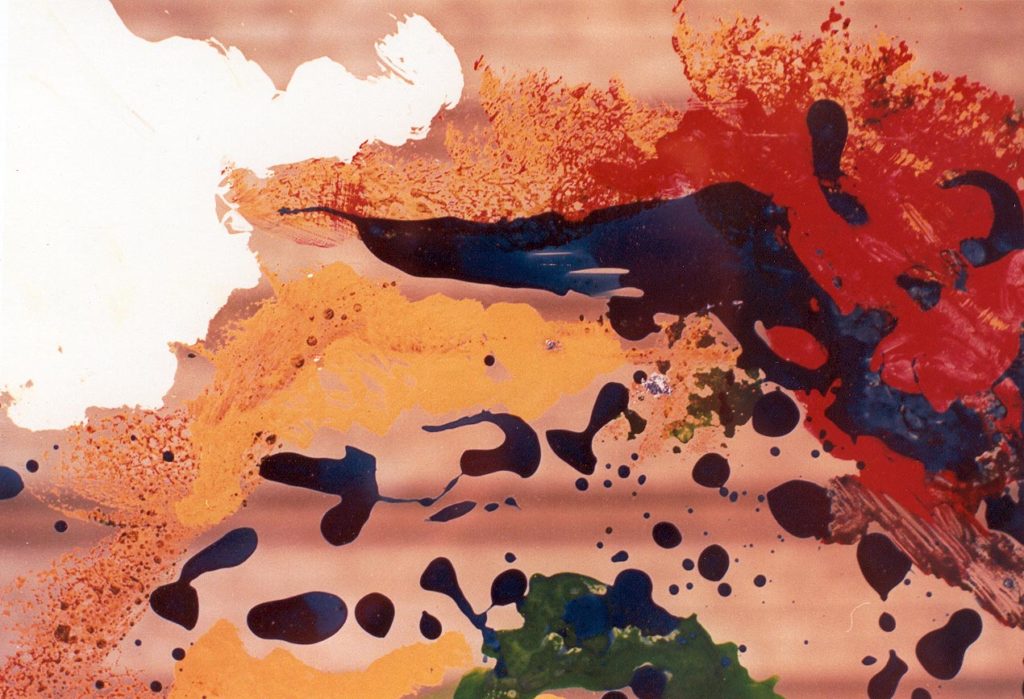 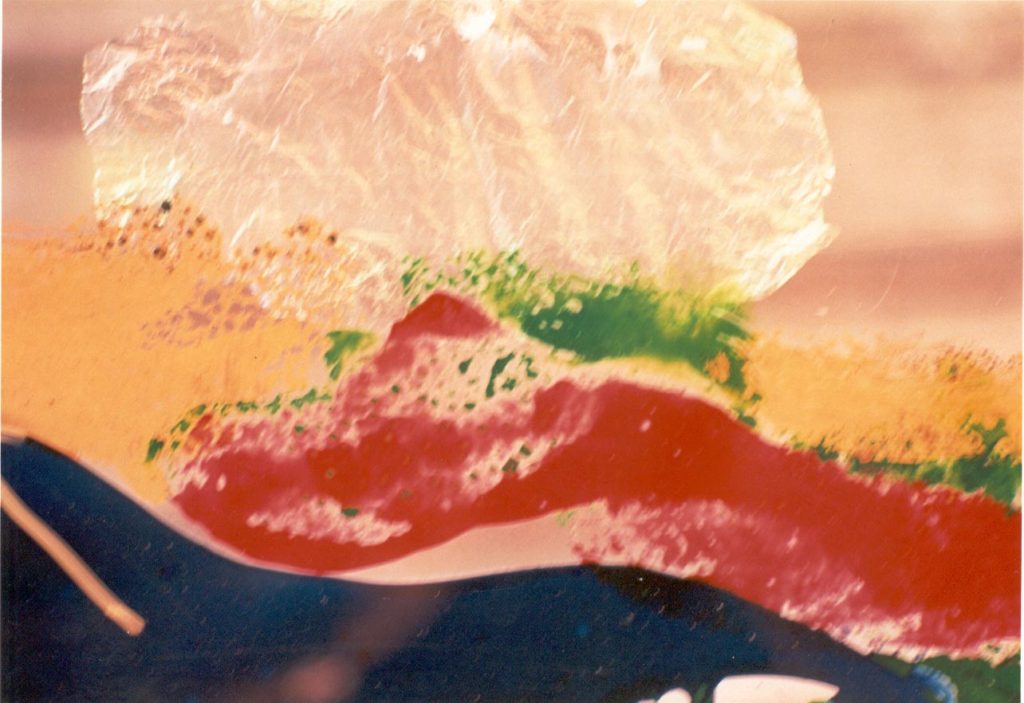 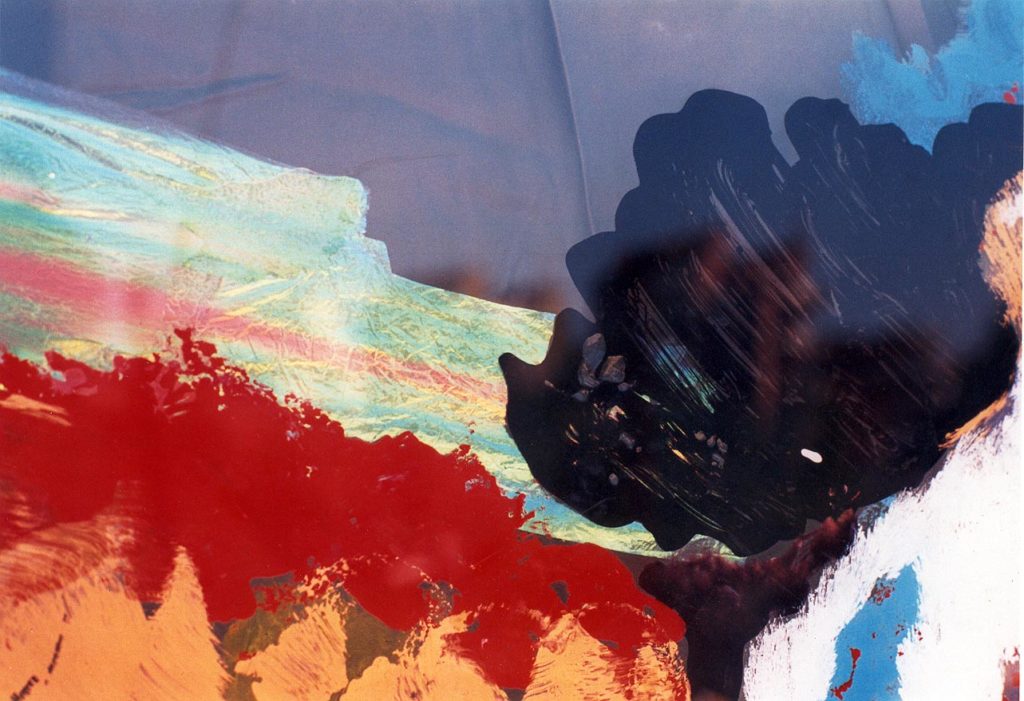 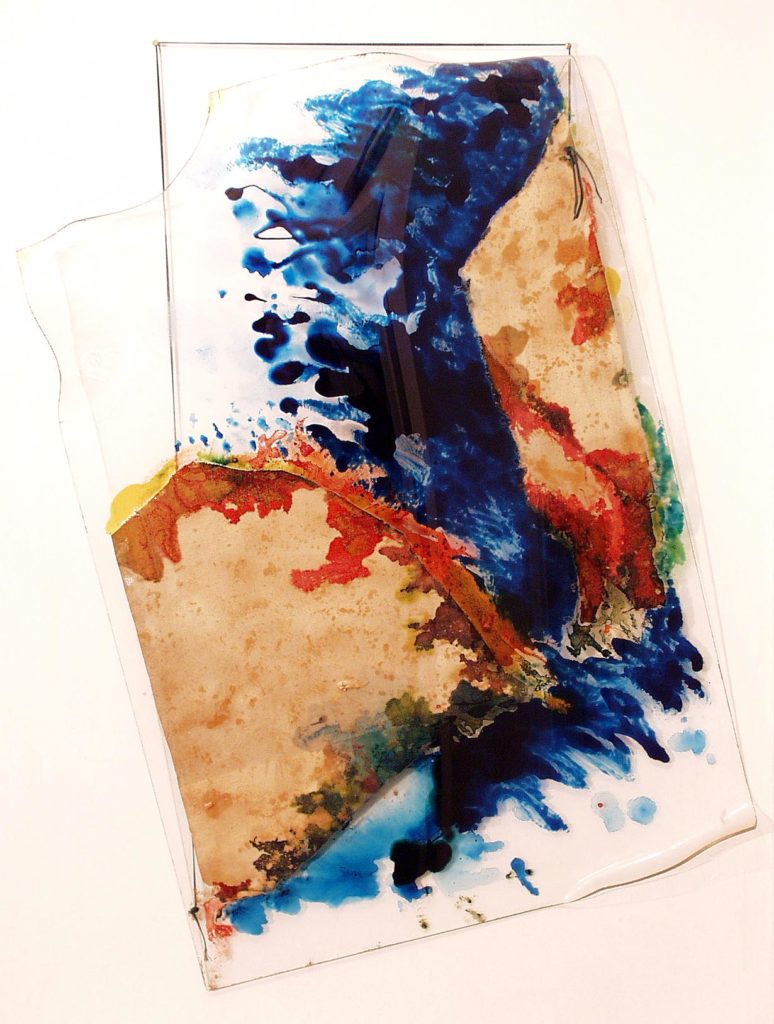 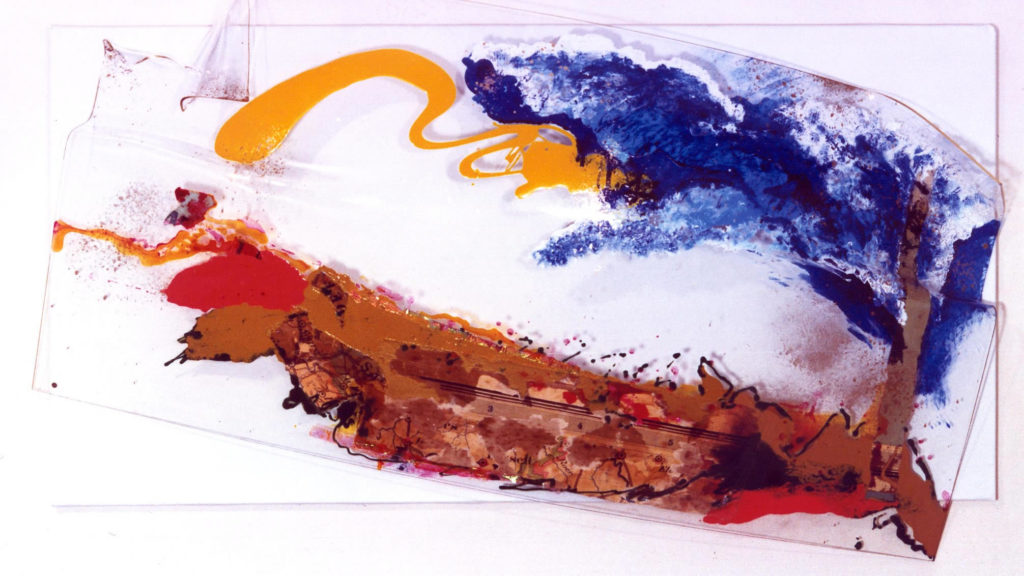 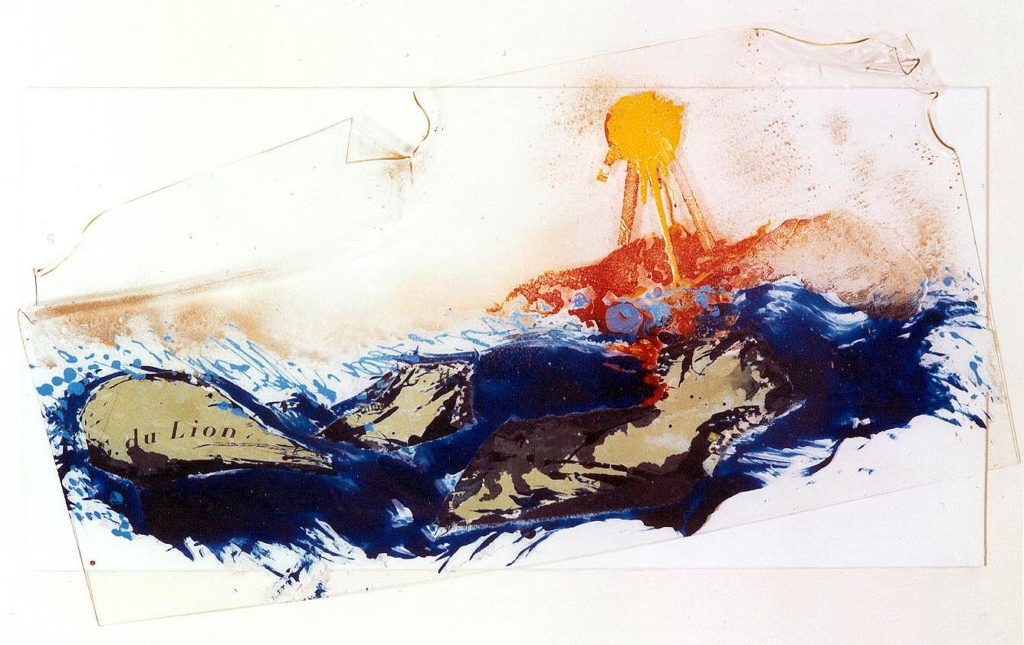 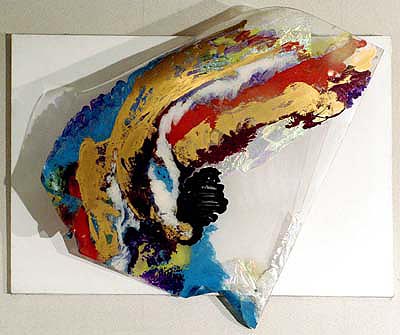 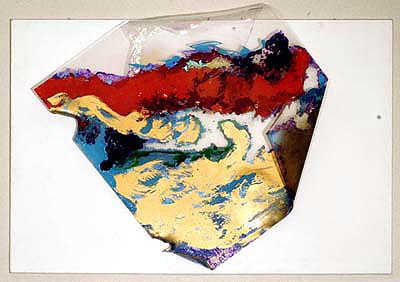 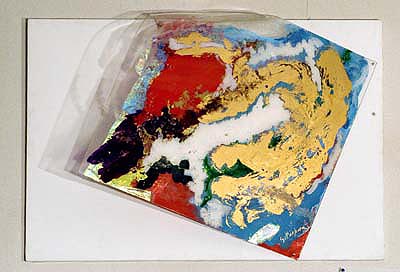 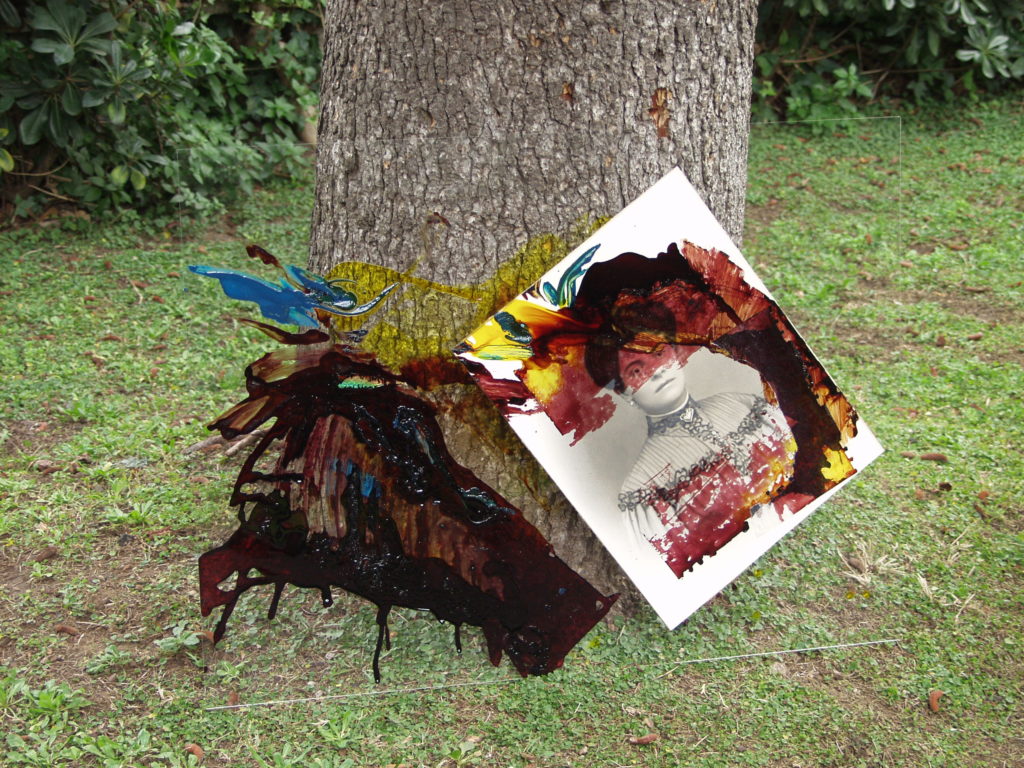 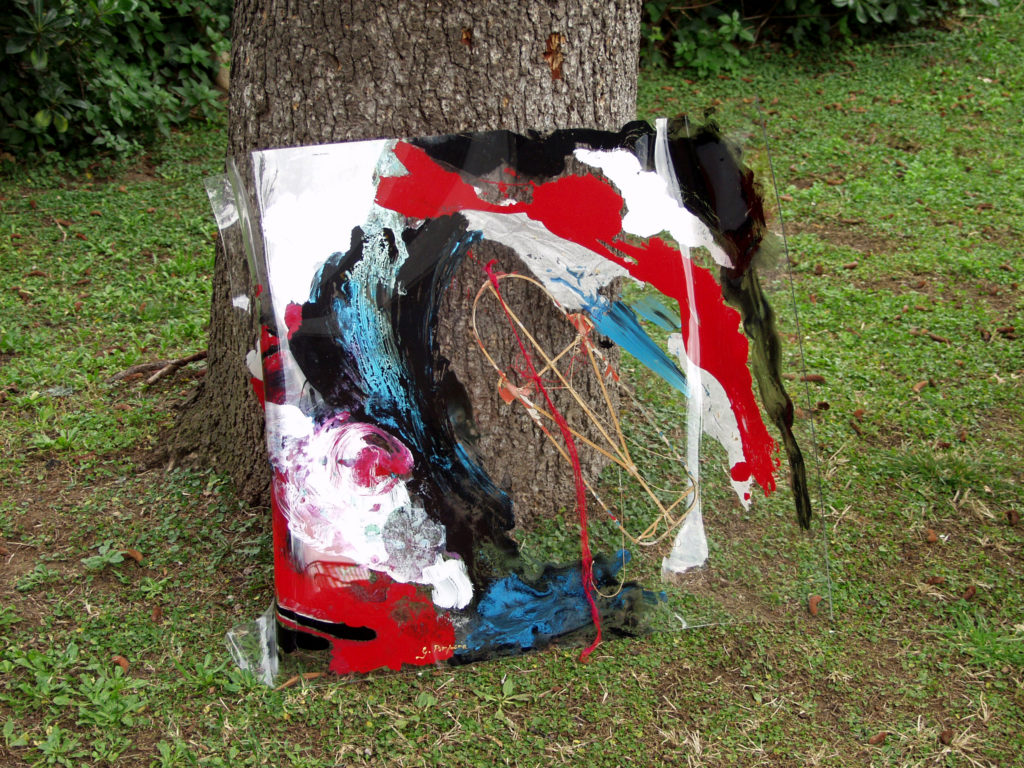 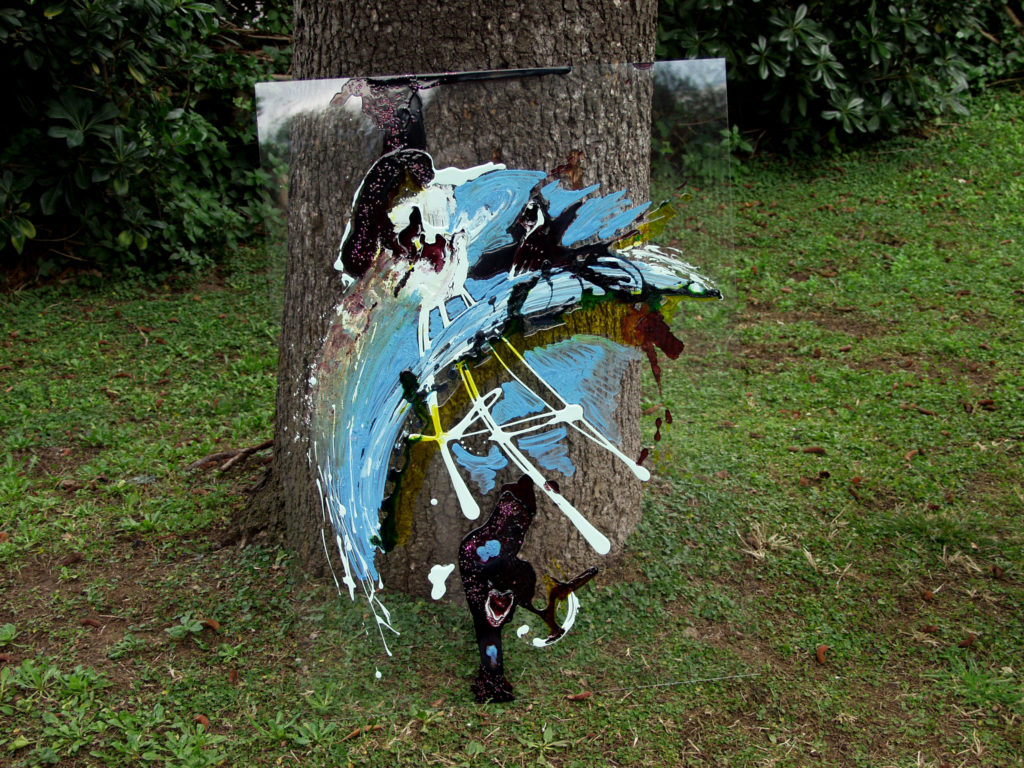